This is the greatest of the trio of vintages that began in 1988, 1989, and rounded up at 1990. The oldest was lean and green in its first decade and – although remaining light –  many 1988s are rounding up very nicely now and deliciously fresh. The middle vintage, 1989, was a heatwave and more successful on the Right, than Left, Bank. Pétrus’s winemaker from 1964 to 2008, Jean-Claude Berrouet, once told me he ranks 1989 above 1990. Which, though, is not the case in the Médoc. Lafite 1990 was served over dinner at the chateau on Tuesday 19 February 2019. Minty, a hint of sandalwood, very balanced, and is actually a bit tight at the moment. Bordeaux – particularly great vintages – tend to be like a harmonica, stretching out and closing up over time.

Lafite 1990 is incredibly youthful on its 29th birthday. The fruit has gone back into its shell somewhat. And will certainly reassert itself more fully in another window. Incredible stamina! 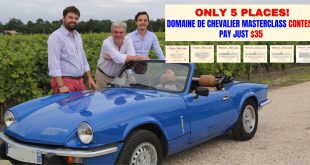