Chateau Grillet, in the Northern Rhone, is a monopole and its own appellation created in 1936. It is located in the village of Verin

CHU Jaeok is the first Korean to earn a Master’s degree in viticulture and oenology from the University of Beaune. She did so 10 years ago in 2012. Following that, Chu went on to garner the French National Diploma in Oenology in 2014.

Originally from Seoul, she had even worked as a croupier in a South Korean casino before going to Burgundy in 2008.

At first, Chu was going to study wine marketing. After picking grapes in a harvest, she became convinced the vineyard and cellar were what she wanted to be.

However, in order to be accepted for a work/study course in viticulture and oenoloy at the Beaune Lycee Viticole, she needed to secure an apprenticeship at an estate.

Chu Jaeok wrote to many domaines but could not secure a place. Just when all seem doomed, Director Winemaker Michel Mallard of Domaine d’Eugenie offered her an apprenticeship. Chu stayed on working alongside Mallard as assistant winemaker.

More incredibly, in 2019, Chu Jaeok was offered the post of winemaker at Chateau Grillet.

Originally from Seoul, CHU Jaeok is the first woman winemaker of the legendary estate. The 104 terraces are set in a natural amphitheatre with a southern and south-eastern exposure

The legendary Northern Rhone estate is a monopole, its very own appellation created in 1936.

Trained in viticulture and oenology, Chu Jaesok is in charge both of the 3.5-hectare vineyard and winemaking at Chateau Grillet, located in the village of Verin.

The 104 terraces are set in a natural amphitheatre with a southern and south-eastern exposure. The vines enjoy sunshine practically from sunrise to sunset. The vines are echalas trained on a wooden stake. While vineyards in Condrieu may be trained in the same way, it is not compulsory for them as it is obligatory at Chateau Grillet.

The soil is mostly sand but also with stones rich in minerals.

The vines are echalas trained on a wooden stake, compulsory and obligatory under AOC Chateau Grillet

The production is very small of the 3.5 hectare vineyard spread over three wines

Chu Jaeok is the first woman winemaker at Chateau Grillet. Her first vintage is 2019. The South Korean has set an incredibly high standard from the get-go. In ascending order, the Cotes-du-Rhone 2019

(our Rating System is a maximum 5 stars but we are awarding 6 stars to Grillet) are ripe, intense, tensioned, and incredibly fresh in spite of the richness and concentration of the vintage. Their palate are so layered. The three wines show varying degrees and complexity of flowers, stone fruit, white pepper, honey, spice and immense, incredible vitality. Just like their winemaker. 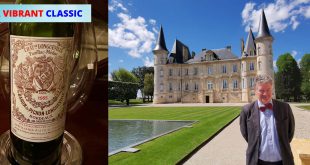 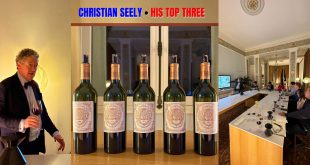 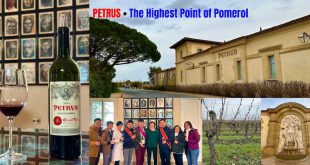 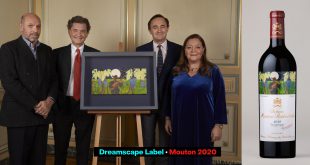