Adrien Bernrad, 39, is in charge of the office and commercial aspects of the family business. Best associated with Domaine de Chevalier  – which the Bernards purchased four decades ago in 1983 – the family also produces Domaine de la Solitude, Chateau Lespault-Martillac and a range of dry whites named Clos des Lunes (the vineyard is in Sauternes).

Adrien Bernard started his career working outside the immediate family. He had joined Bordeaux Tradition, a wine merchant business  founded by his uncle Frederic (younger brother to Olivier Bernard). Not only was he working outside his own family, Adrien was based in Shanghai for the negociant.

Later, he switched to working for his family and, in total, lived in the Chinese metropolis for almost seven years before returning to France in July 2016. While based in China, Adrien Bernard also covered the Japanese, Korean and Australian markets. The international exposure has enriched his work experience and outlook.

Domaine de Chevalier’s 39.5 hectares (4.5 ha for white and 35 ha for red) have soils that include gravel, black sand, clay and iron. As in Burgundy, the vines are planted very close to each other at a density of 10,000 vines per hectare.

Since 2008, there is no more Cabernet Franc in Domaine de Chevalier. The red is now about two-thirds Cabernet Sauvignon, one-third Merlot, and about five per cent Petit Verdot.

As for their white – one of the finest and priciest Bordeaux blanc – before 2012, the composition was around 85% Sauvignon Blanc and 15% Semillon. Since 2013, to tame the high acidity of the former variety, the proportion of Semillon has been increased with Sauvignon Blanc only between 70 and 75%.

Olivier Bernard likes to refer to his vineyard as a “garden”. The family lavishes tender, loving care on every vine. Domaine de Chevalier does not use any herbicide nor pesticide. 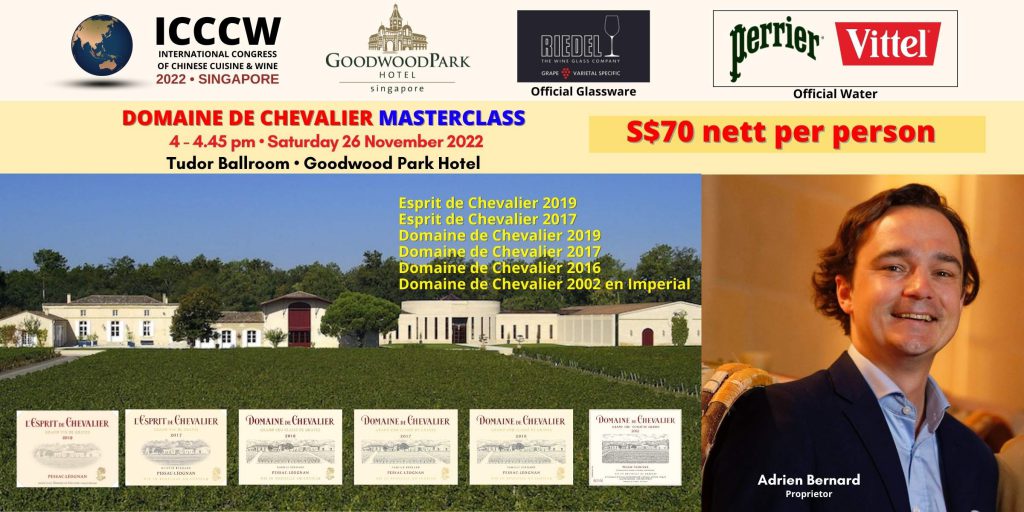