When all 6 wines – from the same producer – are superb to exceptional, that’s irrefutable proof they know what they are doing.

The clan is led by Olivier Bernard. And complemented by his lovely wife Anne, and their progenies Adrien and Hugo.

Adrien Bernard is in charge of the office and commercial aspects of the family business. The elder son had first started work outside the immediate family. Adrien Bernard began with Bordeaux Tradition, a negociant founded by his uncle Frederic (younger brother to Olivier Bernard), and was based in Shanghai from 2009 to 2011. From there, Adrien Bernard promoted the wines of the family for the Hong Kong, China, Korean, Japanese and Australian markets. The enterprising young man lived in Shanghai for almost seven years before finally returning to France in July 2016.

Hugo Bernard completed a three-year oenology course between Reims and Bordeaux. He then studied marketing, communications and accountancy for another year. Today, Hugo takes care of the viticulture of the vineyards and also manages the teams during harvest and the cellars of the properties of the group including Domaine de Chevalier, Domaine de la Solitude, Chateau Lespault-Martillac and Clos des Lunes.

Last month, I received 6 whites and 4 reds from Adrien Bernard via air courier.

I found the reds to be very tight and closed. It would seem the bottles were jet-lagged.

Not, however, the 6 whites. They were in top form.

As I am scheduled to visit Domaine de Chevalier on 3 November 2021, I have arranged with Adrien to re-taste the four reds.

Meanwhile, here is the report on the whites.

Fragrant. Ultra, uber grapefruit. Round and glycerol in texture. Not very acidic, not so fresh, but not heavy. In fact, there’s a little lift on the finish.

Intensely lemony. With great intensity. And length. The oak is elegant but relatively more obvious (than as with Solitude). Very fresh and vivacious.

This Secone Wine of Domaine de Chevalier is worthy of many a Grand Vin of Pessac Leognan. Pure line of fine lime/zesty fruit. Seamless transition between fruit and acidity.

Very intense – yet sublime – citrus fruit packed with drive and stamina. The wine is like an atom, all the energy packed into a steely core! Fruit, freshness, and long future in the same glass. I have been tasting the en primeurs or futures for more than two decades. Every year, three white Bordeaux invariably find themselves at the top. Not in any order, they are Haut-Brion, La Mission Haut-Brion (previously “Laville Haut-Brion”), and Domaine de Chevalier. Some things don’t change.

In 1993, Olivier Bernard was approached by the Sisters de La Sainte Famille to take up the tenancy of the vineyard of their religious order. This, Bernard agreed to for the next 40 years. Like a knight-errant of medieval times, this is what Olivier Bernard said after putting his signature to the commitment. ‘We secured something that was more than a contract, an engagement on my behalf containing a notion of duty’. Situated in Martillac and carrying a Pessac-Leognan AOC, Domaine de la Solitude produces a white and red. 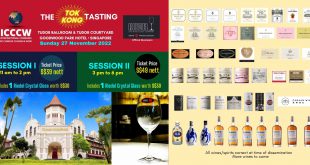 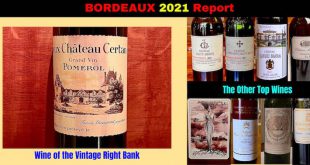