Ten years ago in 2012, Robert Parker sold the Wine Advocate.

Founded in 1978, the American lawyer was inspired by the activist Ralph Nader who – in the words of http://robertparker.com/ – ‘“out” corporate and political corruption by challenging compromised propaganda’.

Parker envisioned a publication free of financial ties to wineries and merchants, a guide producing wholly unbiased views serving the interests of consumers.

That, at least, was the aspiration.

Back in 2012, when pressed to reveal the purchaser of Wine Advocate, Robert Parker was coy and evasive. Instead of being transparent, he merely said the purchaser was a “wine lover”. That’s like informing someone who bought a restaurant loves food. I sincerely hope Parker was less patronising to his readers when writing his wine reviews.

It was later discovered the buyer was from Singapore, someone called SOO HOO Khoon Peng.

As I was then writing a column in Decanter, London asked to investigate.

I checked the Singapore Registry of Companies and outed Soo Hoo as the Malaysian founder and majority shareholder of Hermitage Wine; a distributor; merchant offering wine investments and futures; and, wine retailer. Not long after my piece appeared in http://decanter.com/ on 21 December 2012, most of his shares were transferred to his wife NG Choo Ping, a senior director of Hermitage Wine and new majority shareholder of the company.

As another trained – but never practising – lawyer, I submit Robert Parker either did not, or simply did not care to, do due diligence when he sold Wine Advocate to a “wine lover”.

With such an owner, how would the Wine Advocate henceforth review wines if they happen to be distributed and sold by Hermitage Wine?

Would not Wine Advocate have to raise a caveat every time such wines are written up? Something along the line “Let the Buyer Beware”. As for reviews of wines not distributed or sold by Hermitage Wine, could they possibly score less for being sold by competitors of Hermitage Wine?

Any first-year law student would have raised red flags all of which screamed “potential conflict of interest”.

As it turned out, a deafening silence befell the wine world since Hermitage Wine nor Robert Parker were forthcoming with any explanation. Bear in mind they had kept mum all along until the buyer was revealed. Three sentences from the website of Hermitage Wine at the time to would-be customers are telling and may offer an indication of where things may lead. I quoted them in my Decanter piece.

“Many wines from Bordeaux, Burgundy and the Rhone are sold en primeur.  Experienced merchants will make an offer based on their judgment of quality. Prices may change based on factors like demand, supply and Parker ratings”

Singapore-based Malaysian Soo Hoo was the majority shareholder of the syndicate he cobbled together to buy the Wine Advocate. As for Parker, not only did he keep mum as to the identity of the buyer, he also did not disclose the price. Like relentless bubbles in a glass of champagne, the rumour mill started swirling.

It was thought the figure was US$15 million. The wine world will never know because transparency was covered up with opacity. What was once a self-proclaimed consumer firebrand, Robert Parker’s legacy is secrecy and mystery. 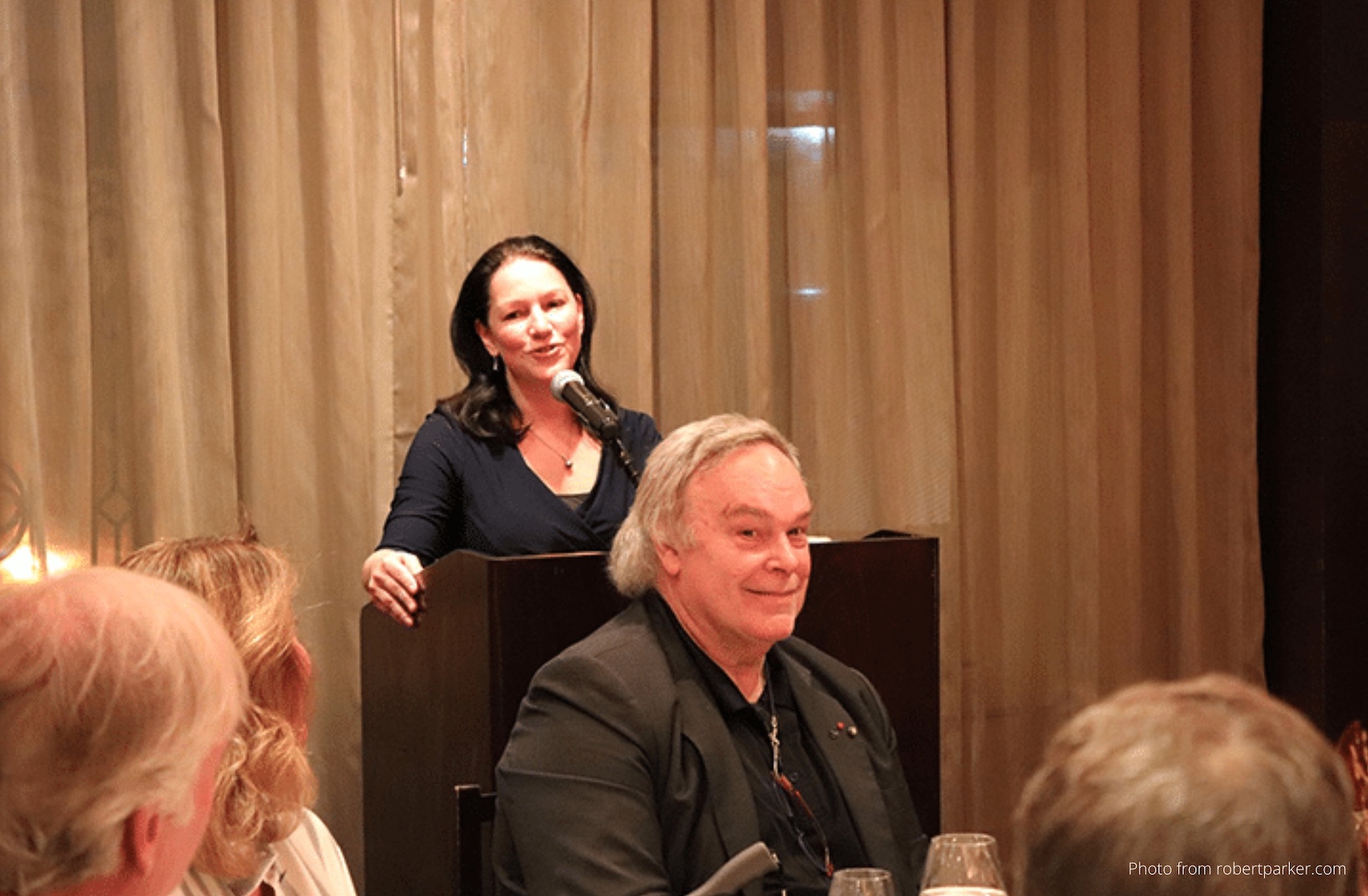 Perotti-Brown cannot continue to dance in the shadows. If she has evidence, she must come out into the open and name names.  Perotti-Brown has revealed the “coming to light of numerous conflicts of interest” at wine criticism publications, with accusations such as “selling event tables to wineries and score previews to retailers through ultra-premium subscriptions”

Today, ten years later, that saga is repeating itself in a new guise.

It’s a publication launched as recently as last January.

After being at Wine Advocate for 13 years, Lisa Perrotti-Brown has inaugurated The Wine Independent.

It’s rather common for people to say good things about what they do. Perotti-Brown is no exception when she lauds her new progeny as “fiercely independent”.

The thing about being independent is you either are or are not. There’s no need to be fierce or modest about impartiality. The virtue speaks for itself. By claiming to be “fiercely independent”, I cannot but wonder if Perotti Brown was not so “fiercely independent” before. After all, she lived in Singapore for a long time including when Wine Advocate was sold. Was she not aware that Soo Hoo Khoon Peng, the new owner, was founder of Hermitage Wine?

In an interview with The Drinks Business published on 17 January 2022, Perotti-Brown not only took the high ground for her new publication but went on the attack. The accusations are sordid.

“I don’t want to point fingers at anyone else’s business in particular, but people don’t know what’s happening behind the scenes of so many wine criticism publications, unless you’re in the business, and then you are like, ‘oh my God’. A consumer reading a publication that tells you what you should and shouldn’t buy has no idea there are other agendas behind the scenes, so we are saying we are independent in the name, there is never going to be any wiggle room on that, there is never going to be any compromise on integrity, and that comes with us [Perotti-Brown and Swedish photojournalist Johan Berglund] being majority shareholders, and the others being very much in agreement with our ethos – no-one is going to get greedy; we want to remain completely unbiased.”

In not pointing “anyone else’s business in particular”, Perotti-Brown has just about pointed a finger at everyone. The inuendo is damaging to honest, hardworking journalists and publications. Just because one bottle is corked does not mean the rest of the bottles – or industry – is tainted.

Lisa Perotti-Brown resorts to the old Robert Parker playbook (when he sold Wine Advocate) by saying that while she and Johan Berglund are equal and majority shareholders, other shareholders are a “small group of Swedish wine-loving investors, none of whom have any ties to the wine industry”.

If that is the case, why not just tell us who they are?

As Ronald Reagan once famously said “Trust but verify”.

Even more sensational are Perotti-Brown’s accusations of the “coming to light of numerous conflicts of interest” at wine criticism publications such as “selling event tables to wineries and score previews to retailers through ultra-premium subscriptions”.

These are serious, perhaps even criminal, accusations.

Perotti-Brown cannot continue to dance in the shadows. If she has evidence, she must come out into the open and name names.

The wine world has a right to know.

BREAKING NEWS! FINAL 8 SEATS A reader who had reserved 8 seats is releasing them. …