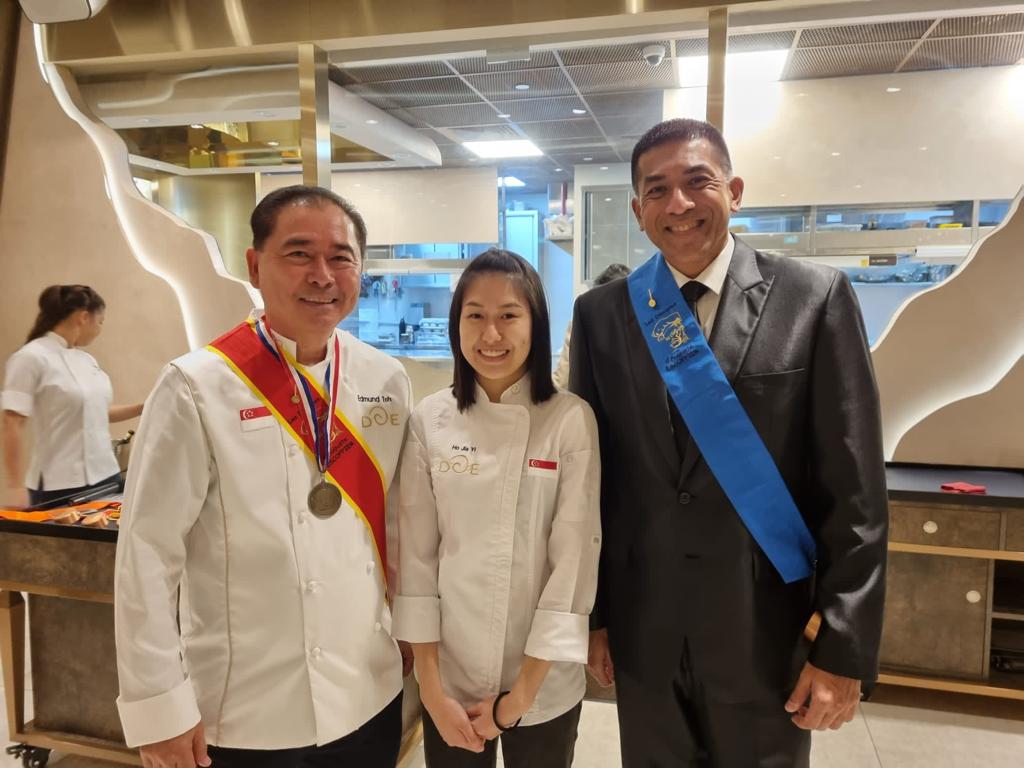 Chef Partner Owner Marvas Ng was in full flight, impressing with course after stupdenous course. His cuisine rocks! Followers of Marvas Ng were not in the least surprised as the Singaporean chef had been stirring things up at LE PAN Tianjin and Hong Kong for a decade.

The uber freshness of ingredients and innovative – yet traditionally grounded – cooking was a culinary tsunami that swept everyone in its path.

A capacity turn-out at PATH, Marina By Financial Centre, Singapore

The fund-raiser was to send this year’s Young Talent Escoffier Singapore Winner HO Jia Yi to compete in Bali next month – November – in the Asia Pacific round against winners of:

Disciples of Escoffier International Singapore Delegation was constituted as recently as 2015. Yet, in that short period, Singapore has produced a world champion and a world runner-up in 2018 and 2019 respectively.

The duo are even now mentoring Jia Yi for next month’s Asia-Pacific regional championship. At 21, Ho is the youngest ever Singaporean winner (even when no contestant can be above 25). She is also the first female Singapore champion. 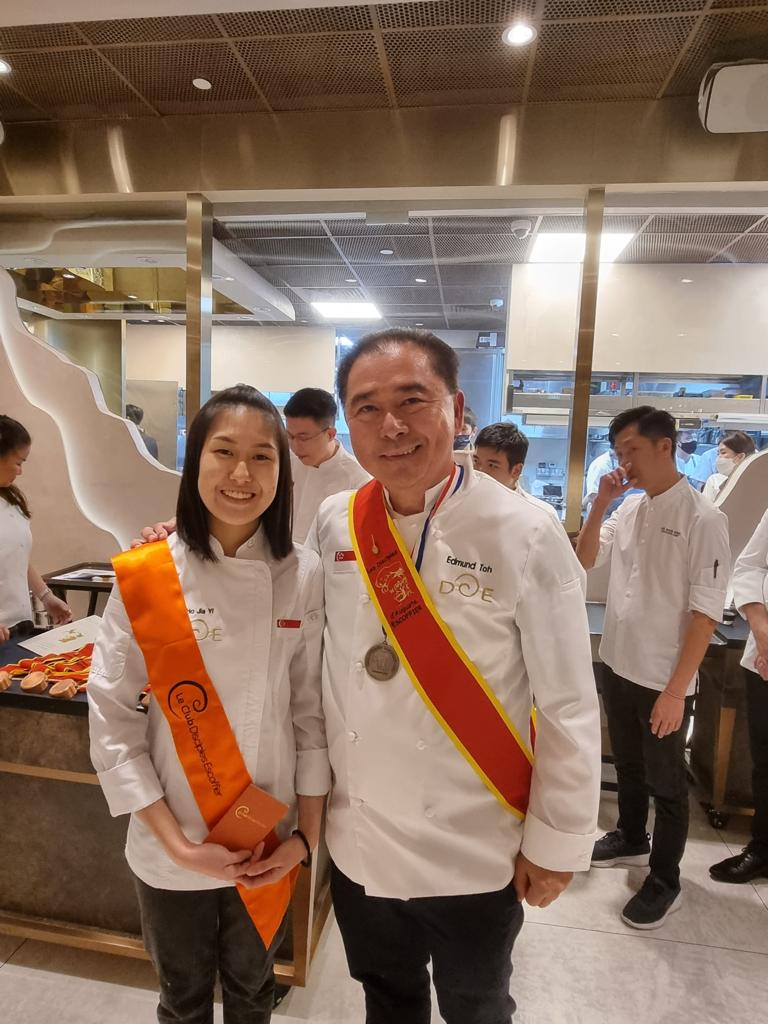 HO Jia Yi will be competing in Bali next month, November 2022, against 12 other chefs in the YTE Asia-Pacific round 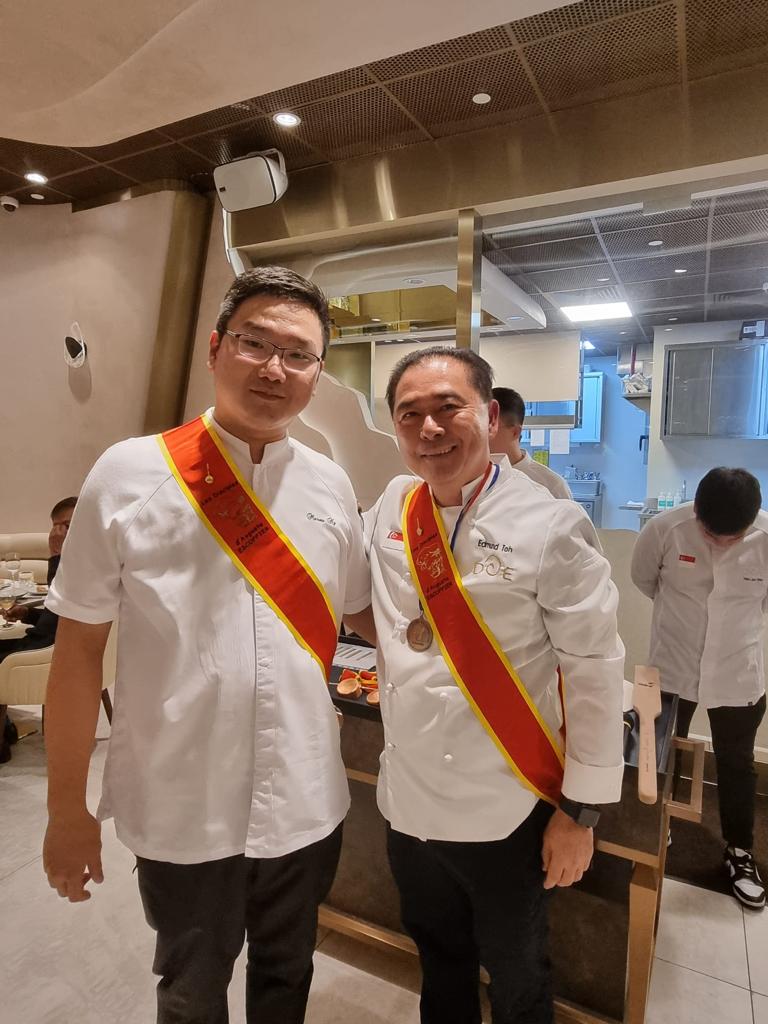 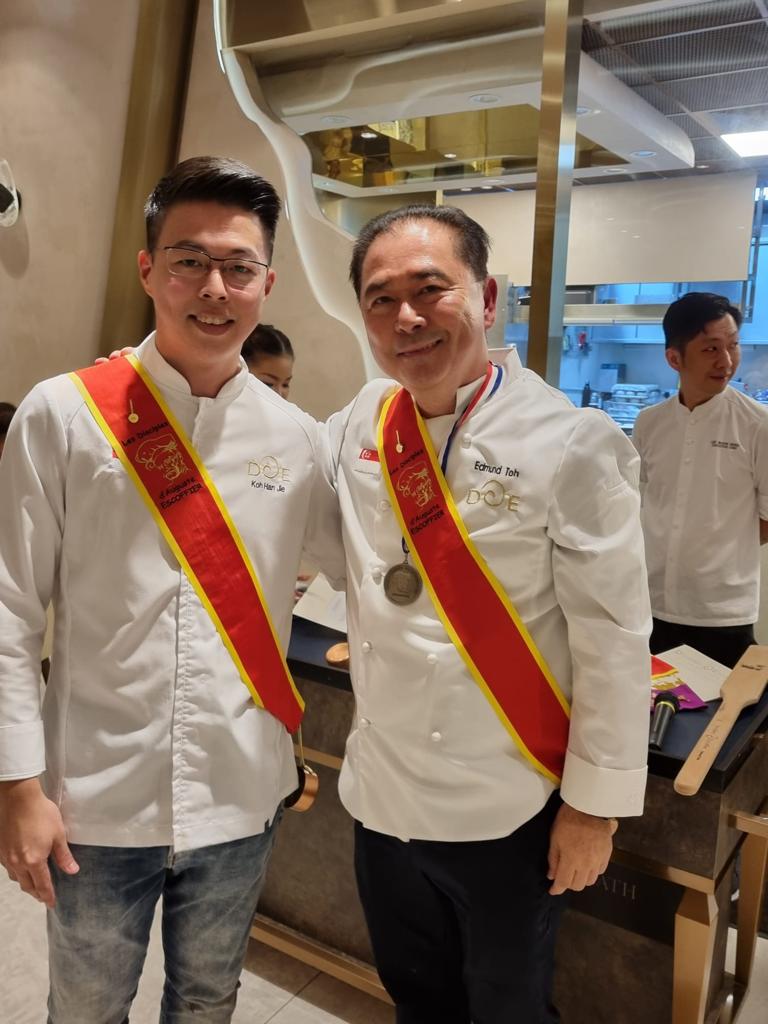 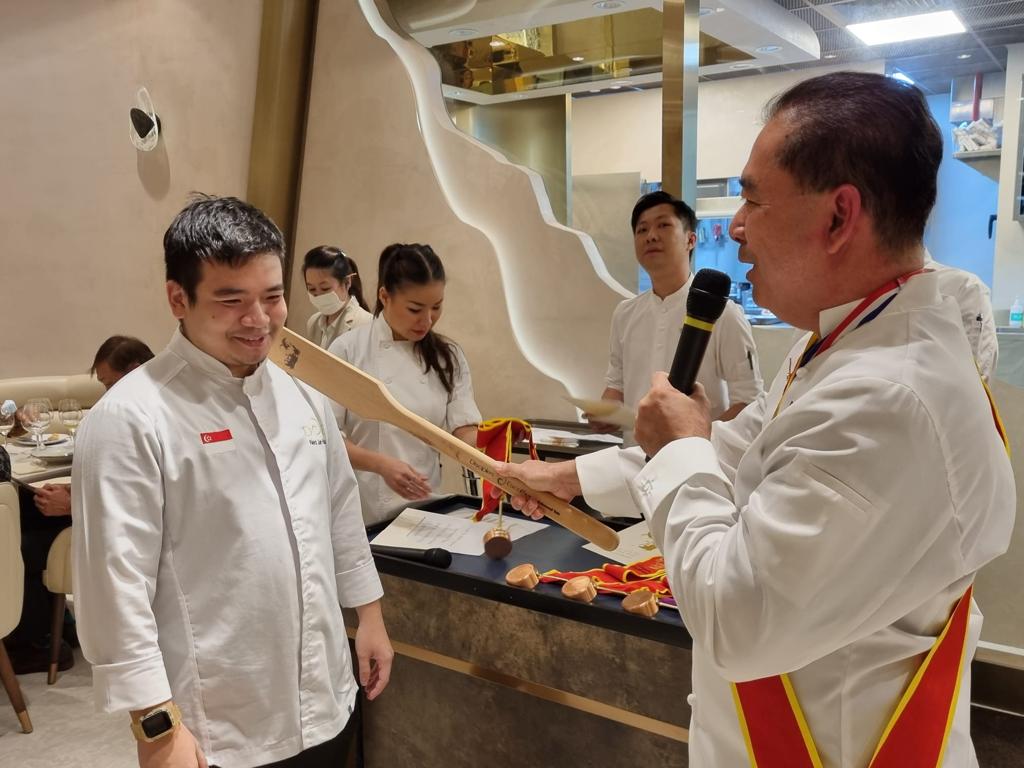 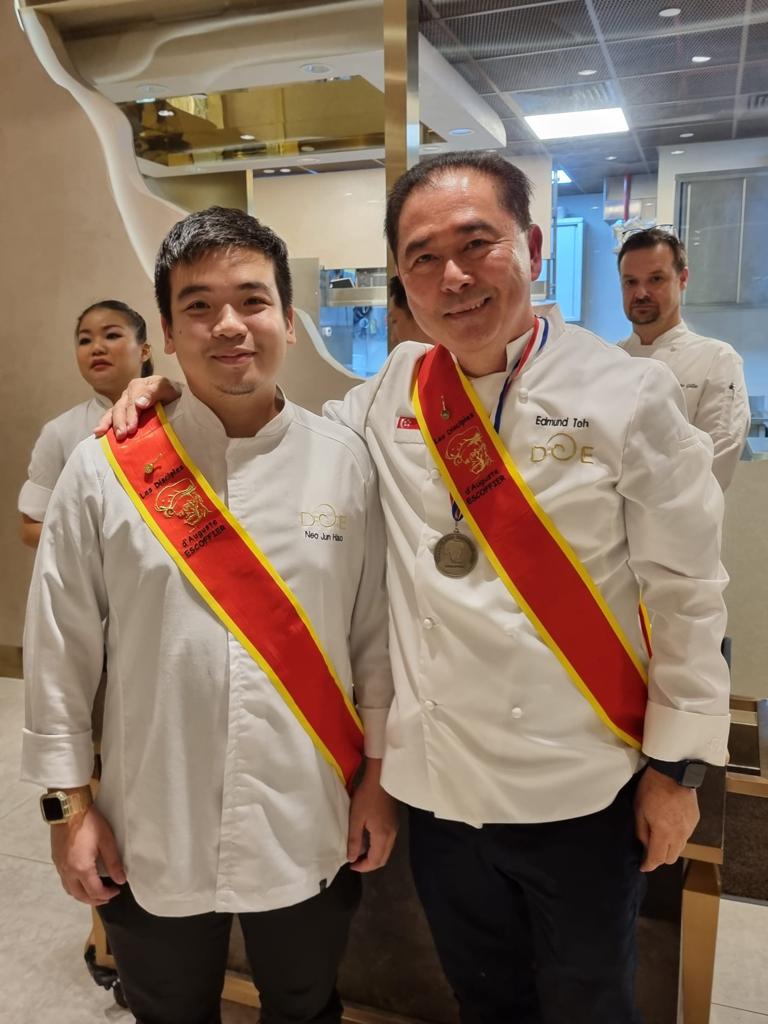 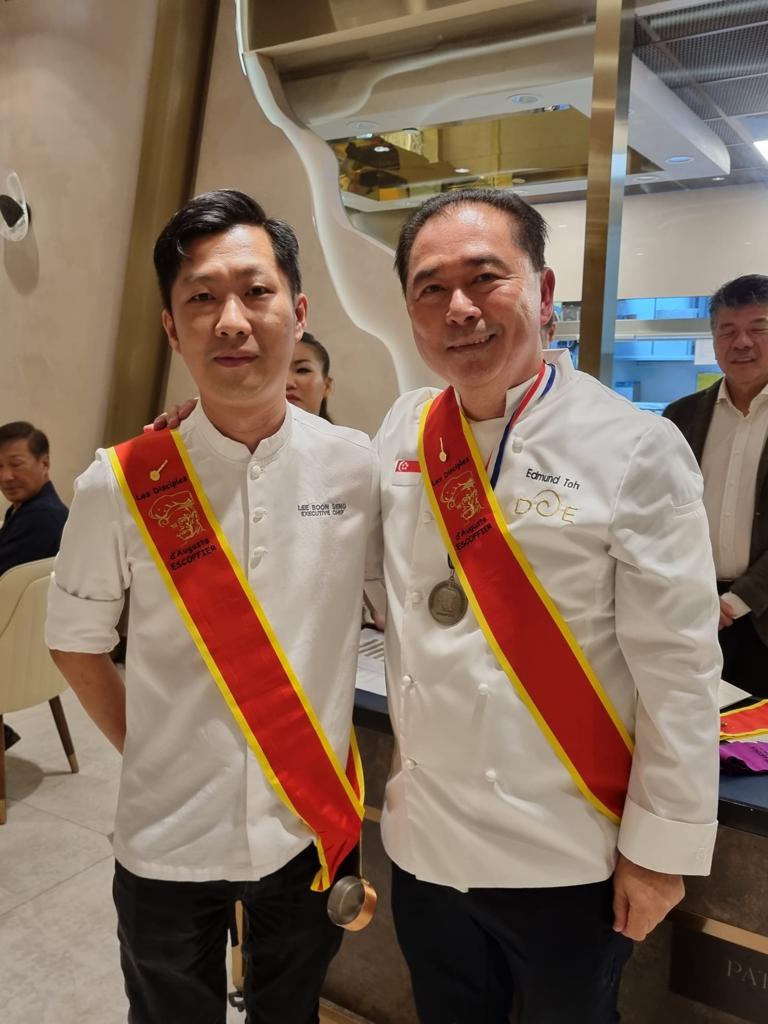 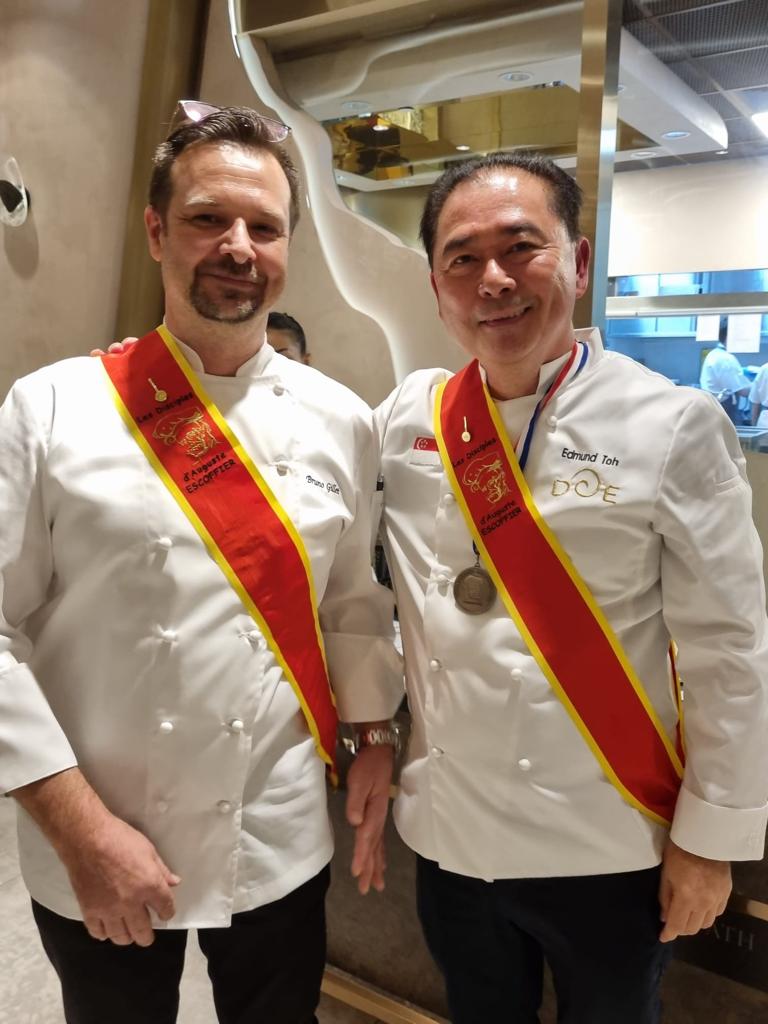 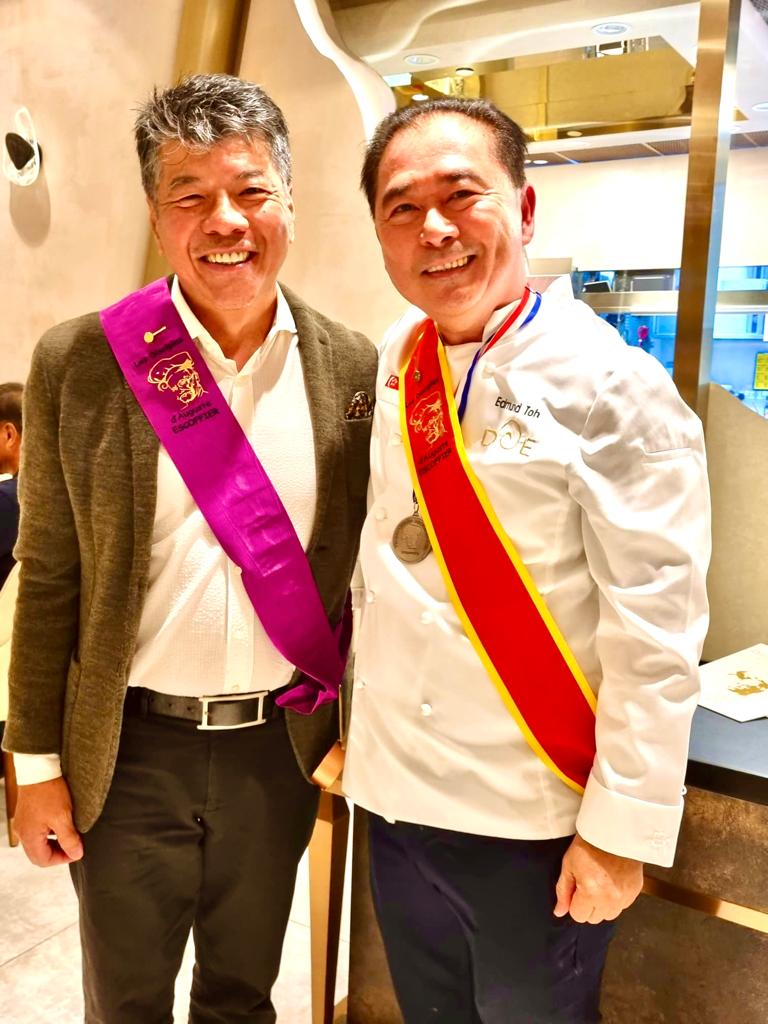 “Great effort was made by a series of small contributions which, collectively, is very touching and a great motivation for our aspiring chefs.”

The September 19th fund-raiser also served as the backdrop where new members were formally intronised as Disciples of Escoffier.

Disciples of Escoffier Singapore continues to grow, flourish and expand! 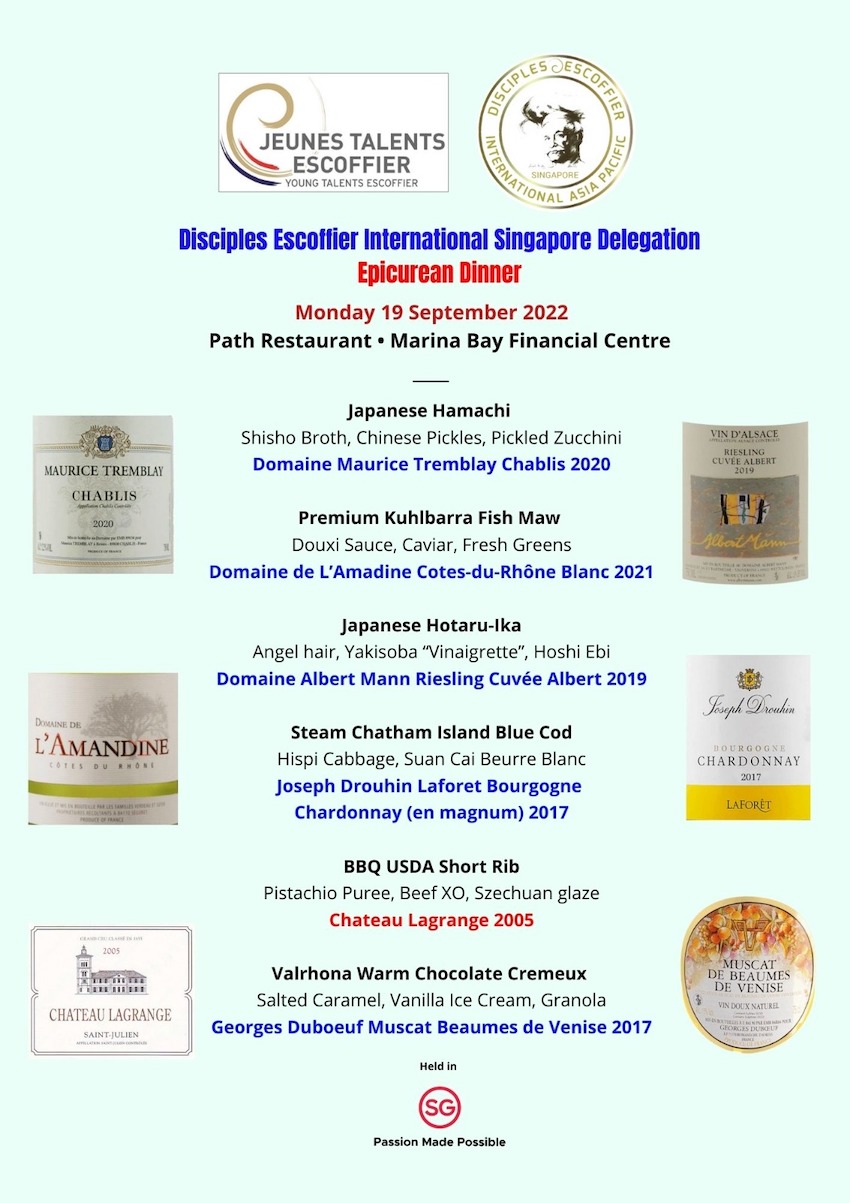 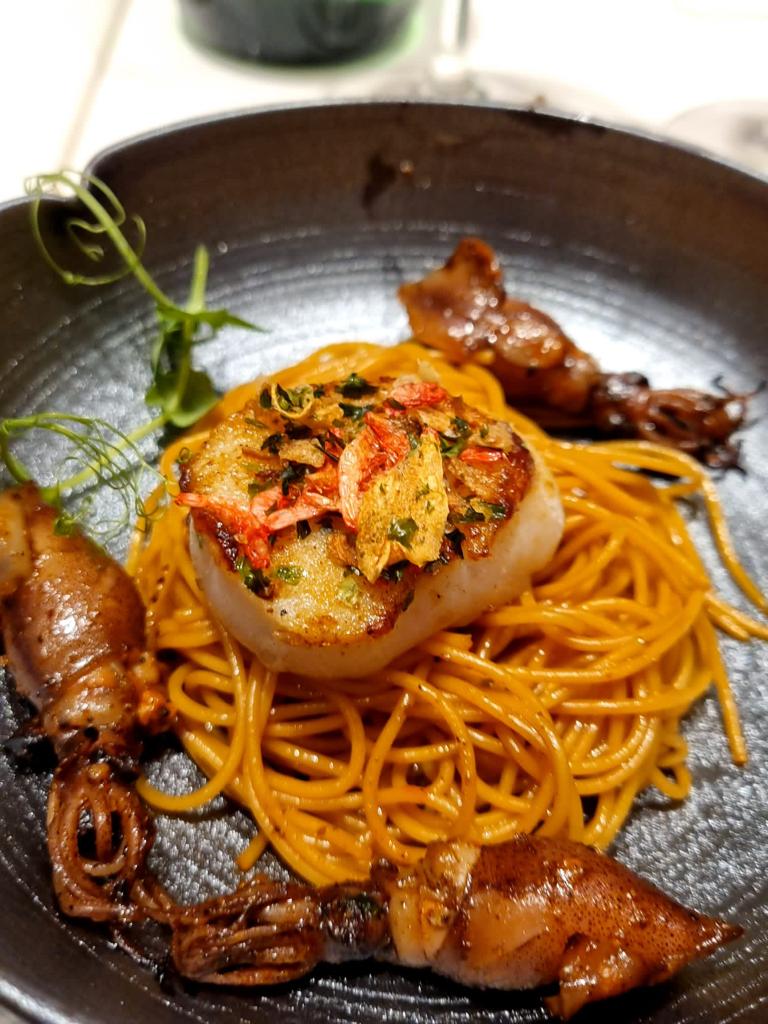 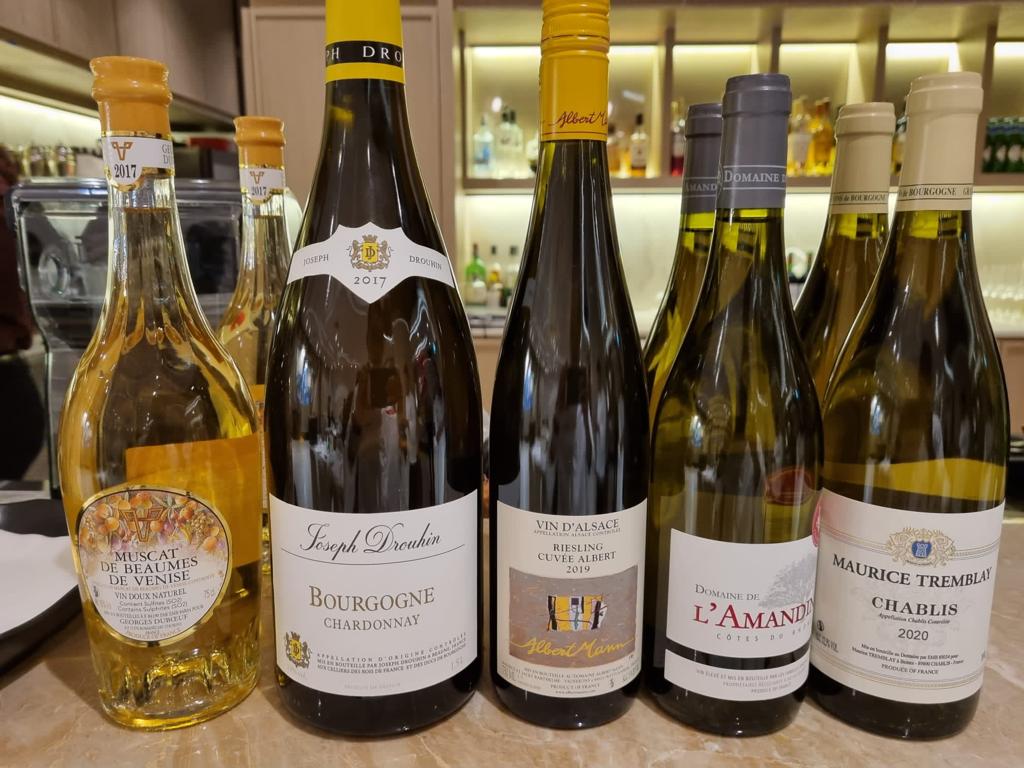 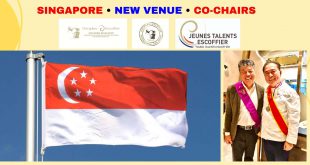 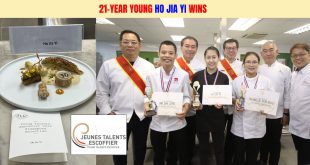