She is the Arts, Wine & Spirits Columnist for zbNOW, the lifestyle section of Lianhe Zaobao, Singapore’s most widely circulated Chinese daily.

NG Siang Ping holds a Master’s degree in Social Anthropology from the School of Oriental & African Studies, University of London.

Dr TAI Yew Seng – her other half – is a Visiting Fellow at the Temasek History Research Centre. Tai holds a Ph D in Ceramic Archaeology from Beijing University and was a member of the archaeological expeditions – between 2010 and 2013 – that discovered Ming Dynasty (1368 – 1644) ceramic shards in Kenya.

The finds  proved Admiral Zheng He (written as Cheng Ho in Wade-Giles) sailed as far as to Africa commanding the Ming Imperial Fleet.

It was the second time our little group of five came together to look at Chinese antiques.

Another member of our group is Jessica Tan. An Italian wine specialist, Tan holds a Master’s degree in Computer Science from San Francisco State University. The final member is Marcel Bertaud. A Singapore resident, the Frenchman studied Japanese History at Waseda University, Japan being a country he has been visiting for 42 years.

Siang Ping and Yew Seng brought a magnificent – and unusually large –green Longquan plate from the Yuan Dynasty (1271 – 1368). Their second piece was another plate, but from Guangdong produced during the Qing Dynasty (1644 – 1912). The motif of a lady and her maid in a garden has palm trees which attest that the porcelain was made in southern China. 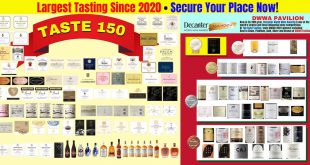