WELCOME TO EDITION 829 of GRAPEVINE

He did not attend “lousy school”

Last week, on an open microphone during a parliamentary debate, the electronic gadget picked up his musings.

He called another member of parliament “illiterate”.

Balakrishnan continued his insult and apparently followed up with:

“Seriously, how did he get into Raffles Institution? Must have been a lousy school”.

Does Vivian Balakrishnan – a Singapore government minister – hold such a pedestrian regard for Singapore’s oldest school?

Founded in 1823 (just four years after Stamford Raffles landed in Singapore), Raffles Institution is the envy of thousands of Singaporeans, residents, and foreign students.

Myself wished I could have gotten into the “lousy school”. I was simply not good enough.

Other luminaries who attended the august education bastion include:

Would Vivian Balakrishnan care to apologise to the families of all those late personages. And the others still with us.

Singapore’s foreign minister seems alien to the fact some of his colleagues attended Raffles Institution.

Finally, would Vivian Balakrishnan also apologise to all former and present students and teaching staff of the “lousy school”?

They, and their loved ones, may yet vote for him in the next general election.

Wishing you A Very Good Week.

P.S. I have come across the likes of Vivian Balakrishnan in wine. These snobbish people look down on wine lovers who drink “lousy”, “cheap” or “house” wines. They think themselves very “atas”. They like to regurgitate the lame mantra “Life is too short to drink bad wine”. As wine consultant to NTUC FairPrice and FairPrice Finest for the last 20 years, I am very fortunate to have endless opportunities to taste wine across all price points. I do so with immense pride. In order to serve consumers of different means whose love for wine knows no bounds.

Share
Previous My Favourite Collin’s Pairings
Next The Merdeka Room 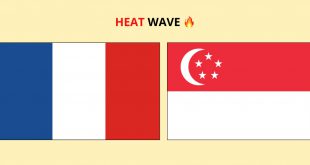